Your Income Tax Return and the Child Dependency Exemption 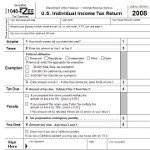 Since April 15th is approaching I thought it might be a good idea to address a common family law/tax question. The question is as follows:  post-divorce which party is entitled to take the dependency exemption for the children, the person paying child support or the person receiving child support. People are frequently confused about this, in no small part because most divorce decrees are silent on the issue.

The Child Dependency Exemption is Governed by Federal Law

Tax Court Finds that Strict Compliance with Statute is Required

An interesting article in BNA Bloomberg discusses the situation in detail and analyzes a 2012 Tax Court case on the issue.  That case, Armstrong v. Comr., 139 T.C. No. 18 (2012), held that the requirements must be strictly followed in order to be entitled to the exemption. In that case the husband and wife had agreed in their divorce decree that husband would pay child support and he (even though he was the noncustodial parent) would also be entitled to take the child dependency exemption. The decree further ordered wife to annually execute the IRS form transferring this right to husband.

Husband later filed his tax return taking the exemption and attaching a copy of the Final Decree of Divorce to the return.  For whatever reason, the IRS audited his return and decided that the Decree alone without the IRS form was insufficient to allow him to take the exemption.

My past impression has always been that as long as only one parent claims the exemption that there would not be an issue. Obviously, if both parties claim an exemption for the same child this is certainly going to raise a red flag with the IRS and I would expect both parties to receive an audit notice. I have to wonder if husband inadvertently caused additional scrutiny from the IRS by attaching the divorce decree to his return. I would imagine that the entry-level clerks who review tax filings would not know what to make of it, resulting in them passing it on to their supervisor and thus creating a certain amount of unwanted “special treatment” from the IRS.

Lesson: Make Sure You Get an Executed Form 8332

In any event, the court’s opinion makes it clear that in order to be entitled to the dependency exemption you must have the custodial parent execute the IRS form. If you find yourself in this situation and your ex refuses to execute the form this case makes it clear that your recourse is not through the IRS or the Tax Court, but rather through the Family Court that issued the order. In other words, you would need to file an enforcement action asking that the court order your ex to either execute the documents or face contempt.

Child Support Modification in Texas – What is the Standard?

Scott Morgan is Board Certified in Family Law by the Texas Board of Legal Specialization. He is has practiced family law since 1994 and is the founder of the Morgan Law Firm which is dedicated exclusively to representing divorce and family law clients in the Houston and Austin areas.